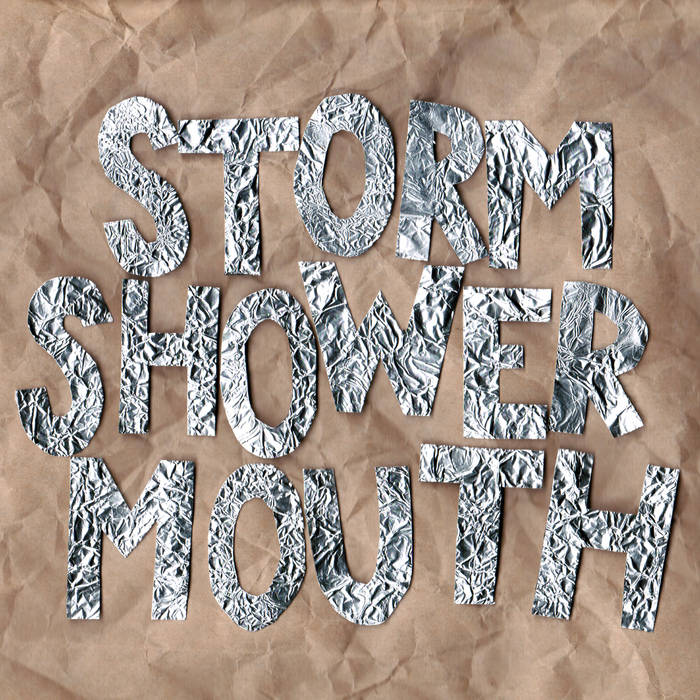 Storm Shower Mouth features three works that engage with natural energetic phenomena via what might be called a kind of poetics of transduction, where simple technologies are playfully deployed, revealing a sensitivity towards the energies in the environment. In many ways it is a continuation of the ideas that produced Five Fertile Exchanges (2018), although where those recordings explored a range of devices and energetic engagements (magnetic, mechanical, gravitational, and so on), here things are predominantly photovoltaic.

"Three Storms" combines recordings of three separate lightning storms (unsurprisingly) made over a 14-month period, tiny fragments and residues of what were massive electrical and acoustic events. The first recording was made using a photovoltaic (PV) panel to register flashes of lightning, rendering them as audio, and a transistor radio set ‘off-station’ on the AM band to pick up the lightning’s radio-frequency emissions. The second recording used two PV panels set approximately 6.5 metres apart to register lightning flashes as audio, along with a microphone for capturing atmospheric storm sounds. The final recording was made by projecting video of a lightning storm onto a PV panel, with its output recorded as audio, while the video camera’s microphone captured other storm sounds.

"Two Showers" is also a photovoltaic panel recording, this time of sunlight and rain. As such it’s an electrical rendering of two types of natural ‘percussion’ that occur at radically different scales: photon strikes and rain drops (quanta and aqua). As the rain begins, the more or less constant shower of falling photons becomes increasingly interrupted by falling raindrops (hence the title). Ironically, the sound produced just by photons hitting the panel, as heard in the first minute or so, mimics the sound of steady rain. As the raindrops begin and become more intense, they replicate the patterning and sound of thunder, even though the shower itself was only moderate at best, with no electrical activity.

Unlike the other two pieces, the last track, "Sun in the Mouth," is a performance, exploring how sunlight isn’t just outside us, or on our skin, it literally enters our bodies. Sitting outside on an overcast day, I slowly read a brief text while I had a photovoltaic panel the size of a postage stamp stuck to the roof of my mouth. The opening and closing of my lips, plus the movement of my tongue, altered the flow of photons reaching the solar panel, modulating the amount of energy it produced (which, as in the other tracks, was rendered as audio). When it came to choose a text, an obvious choice might have been E. E. Cummings’ “I Will Wade Out,” but instead I opted for a passage by Canadian statistical ecologist E.C. Pielou, from her book The Energy of Nature:

"What becomes of the solar energy that bypasses planets? The earth intercepts less than one-billionth of the radiation flowing out from the sun in all directions. The EM waves travel away into space, almost unhindered, becoming attenuated as they spread out. They inevitably lose a tiny amount of energy whenever they encounter a ‘body’ of any kind, but this becomes apparent only when the body is a comet not too far from the sun. Then it is possible to see how radiation pressure imparts some solar energy to the cloud of minute ice crystals and fine dust that forms the comet’s tail… Comet’s tails give us our only chance to observe what is probably the weakest manifestation of solar energy at work."

In this recording it’s my body that the sun’s radiation encounters (but not up in space, though, so no comet tail, unfortunately), bouncing photons off my tongue while I read aloud about solar energy; sun in the mouth, twice.